They were 64 but in the end Aden was the last man standing, pardon me I meant driving. They pot well, they missed some, they were time-fouled, they went into penalty shoot-outs they sweat and they panicked, but Aden’s story was being re-written. Is there no stopping this 20 year old lad? Believe it or not, Aden will be 21 on the 13thof June 2018, what a better 21stbirthday present can one ask for than a Brand new BAIC D20? Congratulations Wonderkid, once again you prevailed. Joy Billiards is here to stay and Chinese Eightball is certainly delivering on its promise to make the players reap more for their efforts, and brace yourself, there will be two more car competitions before the end of the year and you could be the next winner.

The best tears are the tears of joy and Alyson Joseph could not hold back her floodgates as she watched her precious son win the coveted prize. You would think that by now she would be used to seeing him get crowned king of the crest but no, Aden keeps amazing even his very own mother. I wonder what story he will tell his grandchildren one day, it definitely is one that fairytales are made of.

Basil Munsamy fought a very brave fight but nerves got the better of him when it mattered the most, albeit he was consoled with a brand new plasma TV for his effort in reaching the final. I must say that many were thunderstruck by how he crumbled with just a little heat pointed in his direction, at a tender age of 20, rightfully Aden should still be under Basil’s tutelage but alas the kid is a mutant.

Special mention need to be made of Franco Kriel, the young man surpassed all expectations and marched on relentlessly only to bow out in the Semifinals against Basil but even so, he went on to win the 3rdplace playoffs against potting machine, fan favorite much experienced Fakhrie Gierdien. Franco is a good example of what the CESL is all about, he is proof that anyone can win a car in the beautiful setup of these car competitions. 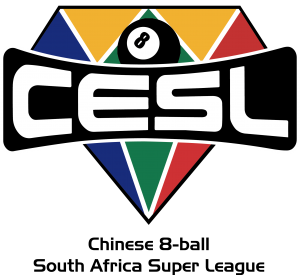